The Huelva Ibero-American Film Festival aims to disseminate, promote and connect new audiences to cinematographic and audiovisual works created by the audiovisual industry and individuals from countries that constitute the Ibero-American area.

Faithful to its commitment to culture and film lovers, the Huelva Ibero-American Film Festival will host its 48th edition from 11 to 18 November 2022.

The Huelva Ibero-American Film Festival invites those interested in participating in the Official Feature Film Section to present their works, in compliance with the following articles:

The 48th Edition of the Huelva Ibero-American Film Festival will take place in the city of Huelva, Spain, from 11 to 18 November 2022. Any changes to the event due to special and/or extraordinary circumstances outside the control of the Festival Organisation, will be communicated promptly through the Festival’s website.

Feature films with Ibero-American production or co-production may compete in the Festival, in compliance with the following requirements:

Films must register through the form available on the Festival website www.festicinehuelva.com and provide a viewing link that is enabled from the moment the film is registered until the end of the registration period.

No other type of registration will be accepted, nor will films be accepted through any audiovisual formats sent directly to the Festival Organisation. The Festival will deal with the Registration Form signatory as the sole representative when negotiating any aspects related to the participation of the film and will hold this same signatory solely responsible vis-a-vis any other companies or people who may have participated in the production of the film. Once a film has been admitted to a competitive section, it cannot be withdrawn by its producers or representatives.

The presentation of a film itself implies the full acceptance of these regulations without reservation or exception.

The Festival will deem the signatory of this confirmation as the sole representative to negotiate all aspects related to the participation of the film in the event and as solely responsible vis-a-vis any other companies or people who may have participated in the production of the film.

The acceptance of each film selected by the Festival shall be kept strictly confidential between the Festival’s Organisers and the producers or representatives of each of the accepted films until the Festival decides to announce it officially and publicly. The confirmation by the producers or representatives to enter the selected film means that they will not be able to withdraw it from the programming and the irrevocable acceptance of all the rules required by the Organisation and Festival Organisers.

The Huelva Ibero-American Film Festival programme, the necessary screening formats and the scheduling of screenings are at the sole discretion of the Festival Organisation.

The producers or representatives of the films in the Official Feature Film Section must provide the necessary number of copies in the format with the characteristics requested by the Festival’s Technical Department.

The Festival Organisation will determine the format and schedule of the screenings of the selected productions, with each production having a maximum of two screenings, between 11 and 18 November, and the possibility of a third screening on Friday 18 November, if the film is one of the official winners.

The public screenings of the films from the Official Section will be exclusively in person. Online screening will only be contemplated in the event that the festival and the programming of this edition cannot be held in person for health and/or extraordinary reasons.

If the DCP format of the film is encrypted, the Festival will send the certificates of the theatres in which the film will be exhibited to generate the corresponding KDMs. The costs of issuing and preparing the KDMs shall also be borne by the producers or representatives of the film.

Subtitling into Spanish, where necessary, will be borne by the producers or representatives of the film for each and every copy of the screening.

All exhibition copies of the selected films must be sent by download link to the programming department before 1 October 2022, to the mail: programacion@festicinehuelva.com.

For sustainability reasons, all materials should be sent through digital formats so that physical transport is not required. In the event that it is impossible for participants to use digital formats, the Festival Organisation will be exempt from both shipping costs and returning copies, including transport and insurance; such expenses will be borne by the participants.

All films selected in the different Competitive Sections of the Festival must supply the following material:

It is essential that the Festival Organisation receives this material before 1 October 2022.

The directors, actors and/or producers of the participating films undertake to participate in interviews or press events during the week of the Festival, between 11 and 18 November, in person or online.

The Festival Organisers will appoint all the members of the Official Jury, in compliance with the following conditions:

Parallel prizes of this Festival and any other not included in the Official Prizes will be awarded by independent juries appointed by the organiser. The decision of all the Juries will be final.

The Official Jury will award the following prizes:

Each prize can only be awarded once, except for Best Performance which may be awarded to up to 3 different categories: best actress, best actor and best supporting performance.

In addition to the awards granted by the Official Jury, one film will be awarded the Audience Award for the film most valued by the spectators (chosen by the popular jury and/or audience attending the theatres, through an official vote count).

The producers or representatives of the films that receive an award, undertake to mention it in all advertising and press material related to said films, respecting the exact wording of the jury’s decision and using the Festival logo, which will be sent by the Festival Organisation.

ARTICLE 10. SPECIAL CONDITIONS OF THE PRIZES.

The full financial endowment (€20,000), as described above, will be managed and paid from the date of the distribution and premiere in commercial cinemas in Spain of the work awarded the Colón de Oro Award. The Festival undertakes to pay the prize money before the next 49th edition.

The producer and distributor undertake to include the mention of the aforementioned Colón de Oro Award for Best Feature Film at the 48th Huelva Ibero-American Film Festival in the credits of the winning film and in all advertising and promotional materials, both physical and digital, derived from it throughout the life of the film. In order to receive the prize (€20,000), the producer and distributor undertake to release the film in commercial cinemas before the 49th edition of the Festival. Once this mandatory requirement of the theatrical release has been fulfilled, the distributor is required to submit to the Festival Organisation, together with the promotional materials, the necessary supporting documents confirming that the film has been released in Spain before the 49th edition is held, as well as information on the screenings that have taken place. Likewise, the distributor undertakes to keep the Festival informed of the premiere and promotion of the winning film of the Colón de Oro, so that the Festival Organisation can promote the work itself and its participation in the contest.

The amount of prizes and cash grants granted by the Festival is subject to the current tax regulations established by the Law.

All the feature films submitted for participation in the 48th Edition of the Huelva Ibero-American Film Festival will be selected for screening by its Selection Committee, headed by the Festival Organisers and the Programming Team. The Festival Organisation may withdraw at any time any film that does not comply with any of the rules in these Regulations. Likewise, the falsification of the production data may lead to its withdrawal from the different competition sections if it has been selected for any of them.

The original of these regulations is in Spanish and is available and updated on the official website: www.festicinehuelva.com. Any doubts that may arise from the interpretation of these rules will be resolved by the Management of the Huelva Ibero-American Film Festival. In matters not expressly provided for in these rules, the criteria of the Festival Management will be followed. 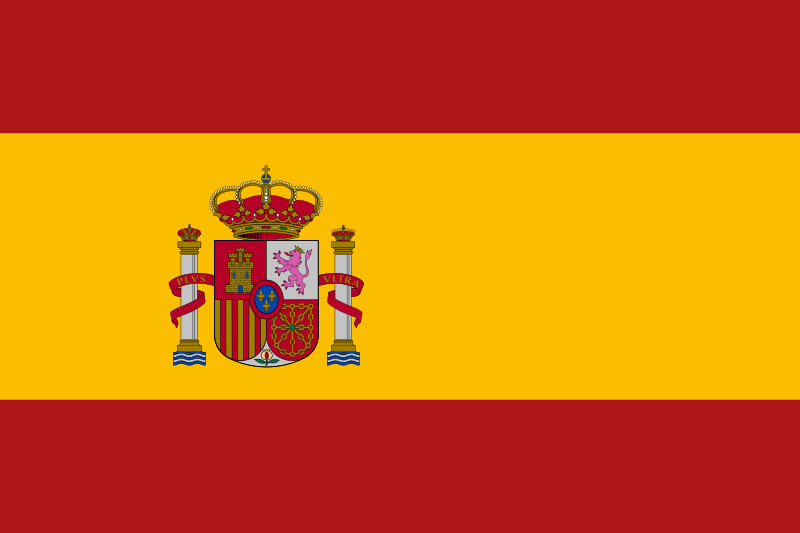